I Only Do Major Agreements—And You Should Too

I often get inquiries in my inbox that sound something like this: “We are a small MSP operating out of Small Town, USA, looking for a short contract for our services. We don’t need a major agreement—just something that covers our liabilities. Can you help?”

My response is always the same: “No, I only do ‘major agreements’—and that is the only type of agreement that your MSP should be using.”

The Trump Transition Team Emails—Everyone Has It Wrong

Listen up: This issue has no...

New Technology For Old Cable Television: The FCC Got it Right

If you have cable television, then you likely rent one or more set-top cable boxes from your cable company. These devices descramble cable television signals—you couldn’t receive most premium channels, such as HBO or Showtime, without them.

But the basic functionality of these devices hasn’t changed much in the past fifteen years—mostly because the cable compan...

I was a prosecutor in two states, and I founded the Internet & Computer Crime Division of one of the largest prosecuting agencies in the country.  I have seen, and have been a part of, the advent and growth of the use of digital forensics in criminal investigations.  And although I applaud the government’s efforts to stay current with technology to fight cyber-criminals and terrorists both domestic and abr...

The FTC just announced its agenda for its upcoming privacy-related conference, aptly named, PrivacyCon. The FTC hails the event as a first-of-its-kind conference “regarding important consumer privacy and security issues by leading academics from universities and thi...

EBay Sellers: Don’t Even Think About Suing Over Negative Feedback

With increasing frequency, online sellers are filing defamation lawsuits against consumers who post negative feedback about their online sales transactions.  Most of these lawsuits are baseless–often absurd–but they are filed anyway because the sellers (and their attorneys) know that buyers would rather pay to settle the litigation than fight.  But sellers beware...

We All Own the Monkey’s Selfie.

A macaque monkey in Indonesia steals a photographer’s camera and then snaps a few selfies.  Really, that happened. (See picture left).

Sometime later, the photographer recovers his camera, publishes the selfies, and claims copyright ownership in the pictures.   Enter Wikipedia, which copies the pictures and makes them available through its free...

The Question Every Airline Needs to Answer: Why No Cockpit Video?

I’m going to take a moment from my usual legal technology-related posts to pose an obvious but unanswered question to the Federal Aviation Administration, as well as to the airlines themselves: Why aren’t commercial aircraft cockpits equipped with video cameras?

Like many of you, I’ve been following the coverage of the recent tragic crash of the Germanwings jetliner. While the details of why the plane went down ...

Left Shark Isn’t As Scary As the Lawyers Protecting It 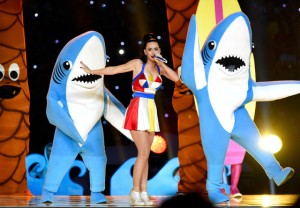 It’s been reported that over a hundred million people watched Katy Perry’s Super Bowl halftime show. If you’re one of those people, then you likely saw the dancing sharks that accompanied her on stage.

I’ve heard lots of opinions about those sharks (“They were ridiculous”, “They were funny”, “They made sense because i...

It’s In The Game…But Should EA Pay For It?

Electronic Arts makes some of the most realistic sports video games on the market.  To do this, EA uses the likenesses of real players, and captures each player’s unique physical appearance and signature moves.  EA’s games often include former players’ likenesses, transporting gamers back to a time when the “great ones” took the field and gave it their all.

But can EA include simulations of former players without paying ...